Understanding how geographic areas are divided and described by the Census Bureau is important for making sure you are selecting the right census data for your purposes. Census geographic boundaries can change from one census to the next. If you are attempting to compare different time periods, use the map resources above to verify that the boundaries have not changed in a way that impacts your analysis. 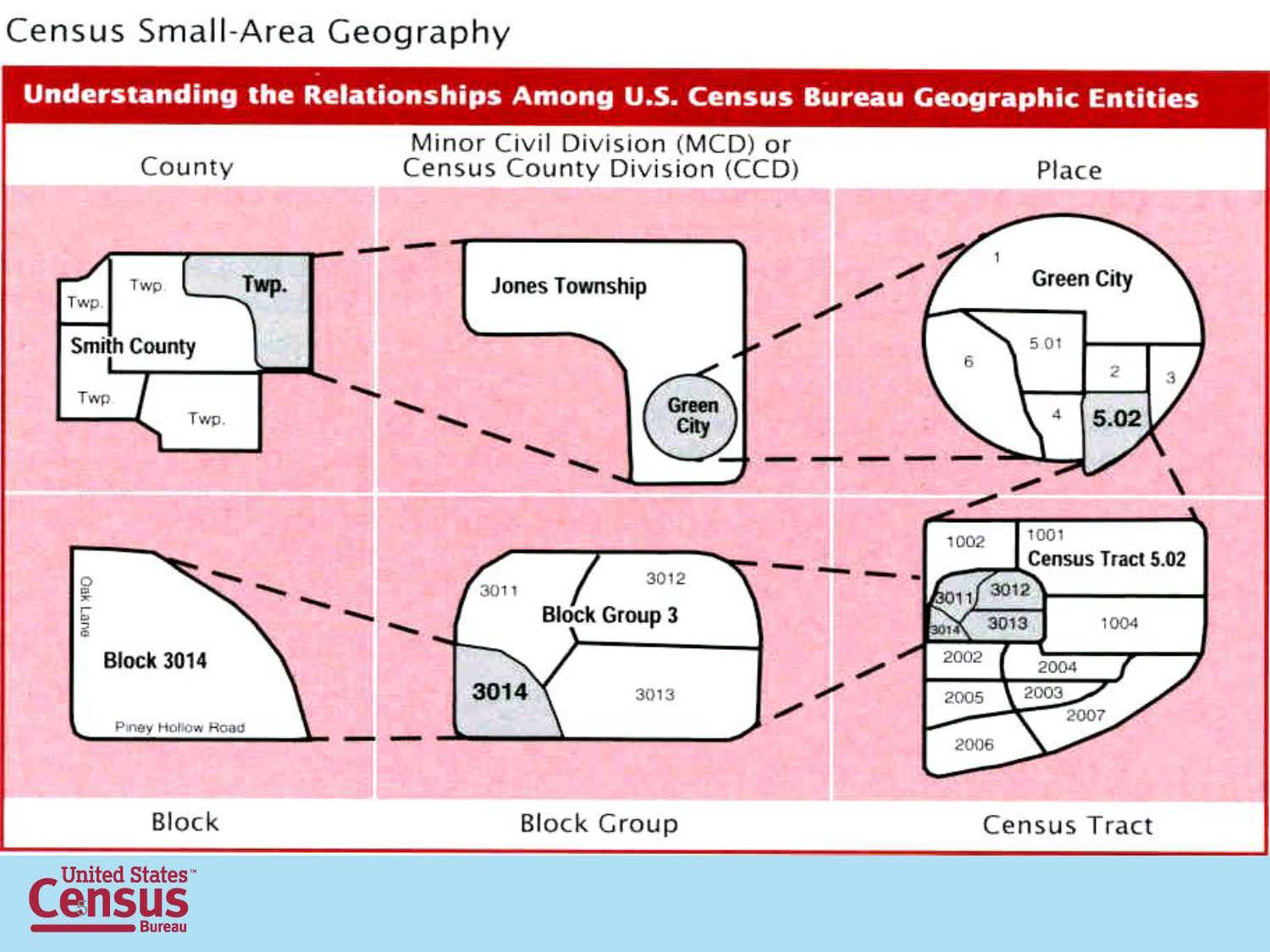 Block Group: A collection of census blocks that begin with the same first digit of the 4-digit block ID number. Generally between 600-3,000 people.

Census Tract: (formerly known as Block Numbering Areas) Generally between 1,200-8,000 people, ideally 4,000 people. Census tract boundaries are intended to be stable over time, but you should check historical maps to be sure.

Place: Incorporated places, such as cities or villages, have legal boundaries. Census Designated Places (CDPs) are statistical entities whose boundaries are designated by the Census Bureau, in conjunction with local officials. Many unincorporated communities are not designated CDPs; their data is included in MCDs or CCDs.

County: The primary division of States. Known by other names in some locations (parish, municipio, etc.)

Some geographic entities cross county lines (metropolitan areas, school districts, etc.)  There is not a strict hierarchical relationship between places and counties, but all can be defined by the census blocks that they are comprised of.