What are psychological tests?

Psychological tests (also known as mental measurements, psychological instruments, psychometric tests, inventories, rating scales) are standardized measures of a particular psychological variable such as personality, intelligence, or emotional functioning. They often consist of a series of questions that subjects rank as true or false, or according to a Likert-type scale, however tests can use written, visual or verbal methods.

Published tests, also known as commercial tests, must be purchased, and their publishers may require proof that the users have sufficient professional credentials to administer the test. Some well-known commercial tests include the Myers-Briggs Type Indicator and the Sixteen Personality Factor Questionnaire.

Unpublished tests are not available for purchase from a publisher and can be obtained from the creator or from professional literature written by test authors. 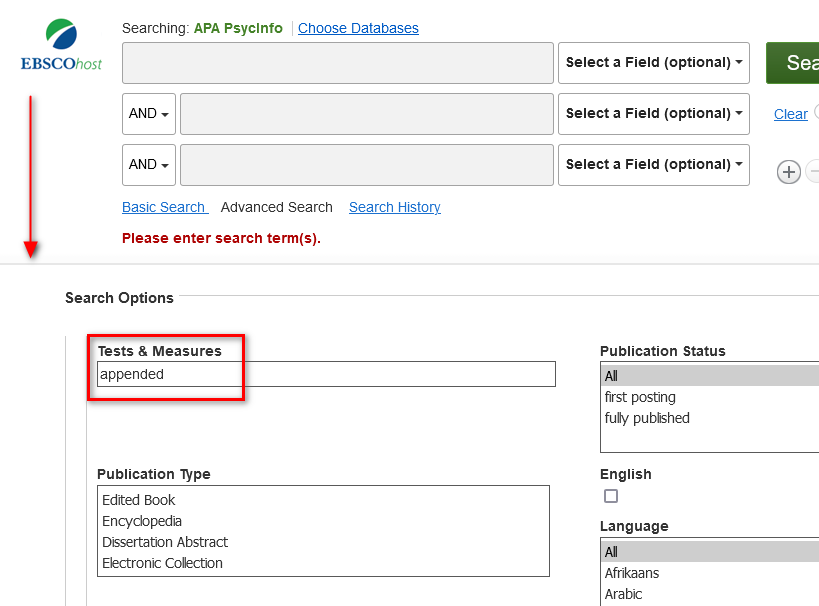 Tests that have been published in journal articles or books are readily available and may meet your research needs. Many articles and books provide information about tests, but only some include the actual test instruments.

The database PsycInfo has a "Tests & Measures" field that lists the names of tests that are discussed in an article. In some cases, the items from the instrument may be included in the full-text of the article, in which case the term "Appended" appears next to the test name in the Tests & Measures field.

To limit your results to articles that include an instrument in the full-text, go to the PsycInfo advanced search page, scroll to the Tests & Measurements field, and add the word "Appended."

UW-Green Bay Libraries do not have access to published/commercial tests and measures, but there are library resources that provide descriptive and evaluative information about them.

The guide was adapted with permission from "Psychological tests and measures" by Yolanda Koscielski at Simon Fraser University Library.